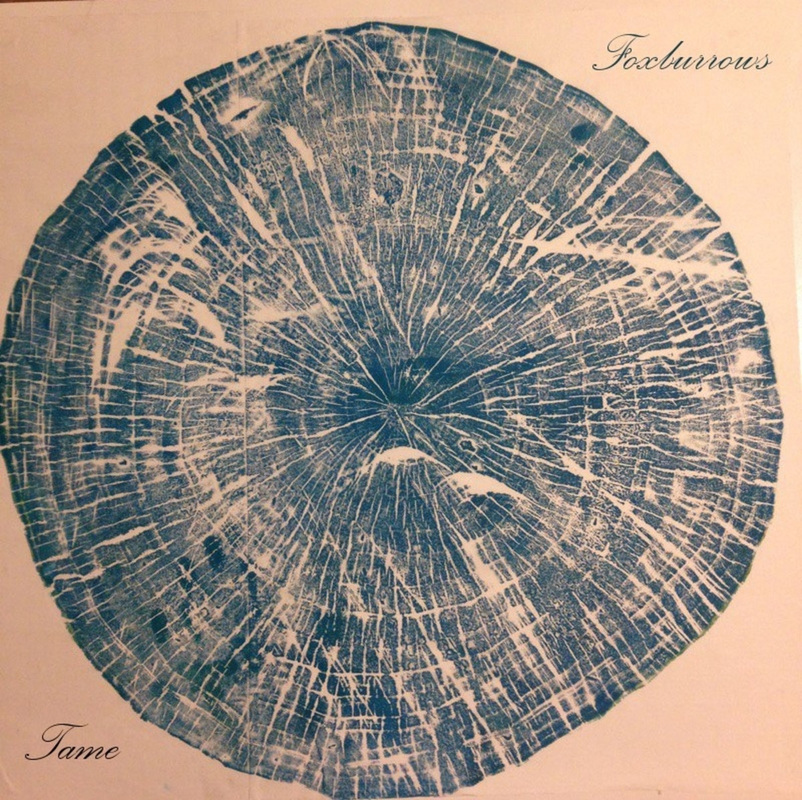 Tame contains some rather heavy themes within its layered swirl of clean-cut guitar lines, but it’s not readily apparent from its exterior. The Oklahoma City band’s impressive full-length debut features minimal artwork that only provides abstract hints of its contents, while song titles range from taciturn to jokey.

“Pelican’t,” which has both of these cryptic qualities, features bright, mid-tempo indie rock guitars, drums, and piano swimming in major chords. By contrast, however, it opens with the plaintive line “I lost my place in these astral planes” and continues to more imagery-filled lyrics like “Tired of this rock, you’re gonna watch me drown / And turn and run, but don’t make a sound.”

Gradually, tangles with depression, anxiety, and existentialism reveal themselves to be a running theme, often with tones that embody a lighter form of introspection. It isn’t simply an offset for its own sake, though. The glimmering musical treatment plays like a constant light at the end of the tunnel, and the transfixing beauty that is molded into the project gives a sense of purpose to a direction-seeking narrator. The music tells a side that the words don’t alone convey.

The lead vocalist of Foxburrows tasked with presenting these words rarely sings with harmonies, and his voice sounds fairly untouched by studio wizardry. He gives a natural, gravitational performance that tends more toward trepidation than gloom. Although he makes use of melismas, he doesn’t showboat. Rather, his unpredictable use of vocal runs and vibrato play as improvisations that echo the album’s wanderings from safe, secure song structure.

If any track adheres to traditional pop writing, it’s the catchy standout “Waves.” It has a consistent melody that carries from verse to chorus and back again for the first half or so. Even with a chorus as wordy as “It’s comin’ in waves and under my tongue / Is all that remains of the source thereof,” the cut feels more grounded than many of its neighbors. After those first three minutes, though, lies an instrumental stretch that never makes its way back to its foundation. Instead, it births an impassioned new guitar solo out of a soft, contented womb.

The centerpiece of Tame is “Fourvel,” which wears another inside joke title and apparently refers to a character from TV program Comedy Bang! Bang! Go figure, then, that this should boast some of the album’s most directly relatable and soul-bearing moments. The line “It drags you down, you cannot fake it anymore,” for instance, doesn’t blur itself in fancy wording, and “I will fall / like broken glass that rains down on my street” chooses a simile where much of the album prefers metaphor. This track also features a mid-song change. Notably, the drums keep the first part of the song fairly antsy, but as the vocals begin building on a dynamic refrain, the rhythm section settles into a groove that feels something like grim acceptance.

In a smart move of tracking, the downbeat ending to “Fourvel” is immediately brightened by “Elementary Math Rock for the Masses.” This track brings sleigh bells and glockenspiel into the mix, and toward the end, it counters some distorted guitar work with light piano. This is one of two cuts brought in from the band’s Woodland Creatures EP released in 2014; the other is “Degs,” which also has a little guitar distortion, a sound largely absent from the rest of the record.

The variety of sounds woven through Tame are often so subtle that the album can ring a bit one-note despite them. The abundant guitar pedals make for plenty of interesting tones, but the songs sometimes bleed together because of how atmospheric they all are. The frequent lack of distinct melodies, too, contribute to a less conscious listen. This leaves the album often relying on its overall sound, which is admittedly not all that different from other indie rock bands. A more overt use of diversity in tone and instrumentation would probably make for a more dynamic LP, especially should the lead vocalist venture further from the comfort zone of his midrange.

These are fairly small points of personal taste, though, and incorporating some of that would take away from the album’s stream of consciousness. For a major debut intent on establishing a sound, this release is solid, and the lead vocal stylings and lyrical content set the band apart in a good, interesting way. As a bonus, the album doesn’t rely on thick reverb to convey its distance. Unlike the band’s EP, this iteration knows that the songs stand on their own in this regard and are best left sonically unclouded.

In the sense that Tame is meant to be mined gradually with multiple listens, the densely-ringed tree print album art suddenly makes for an appropriate association. Like the tree, the album runs deep and is well cultivated, making for an experience that’s contemplative, authentic, and easily one of the best local rock records so far this year.

This article was originally written for Cellar Door Music Group (cellardoormusicgroup.com). It is archived here with the publisher’s permission. 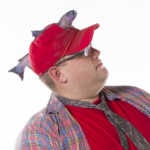 aka Jarvix, the Chief Executive Weirdo of Make Oklahoma Weirder. His out-of-the-box music coverage has been published by the Oklahoma Gazette, KOSU, and The Oklahoman among others. He also makes DIY music as a solo multi-instrumentalist live looper in his spare time.

While you're here, why not check out some more local music?

Local Music Is Our Passion

Don’t miss a live performance by @parrischariz in the Philbrook Gardens. Kick it with us at the #sneakersoiree! May 22. Dress to impress in your favorite sneakers and semi-formal wear. Tix at Philbrook.org/sneaker pic.twitter.com/hly8lSoDVd

We are very excited to share the Official Music Video for "Trust Falling With You" directed by @ReaganElkins! One camera. One take. One shot. One beautiful evening and magical moment. Filmed at @TheCedarGate - Thanks for watching/sharing! youtu.be/lzglFcpvIlk

Here's a little song I'm putting together. It's about walking around a city you love at night with someone you care about. "In these drowsy streets that shun the hour we keep, let's share it while they sleep. We like cities (at night)." Shout-out to @WeirderOK for the pics. pic.twitter.com/VauBFMbksq

Fun fact: our booth is the only one here actually selling cassette tapes pic.twitter.com/T6vJSvNMQC

Congrats to @MikeHosty for cracking the NACC Top 30 Blues Chart this week with his record 𝑾𝒉𝒊𝒄𝒉 𝑾𝒂𝒚 𝑻𝒐 𝑻𝒖𝒍𝒔𝒂! Huge thanks to all the stations that have supported this release! Let's keep it rolling! 🥳 pic.twitter.com/kSZz9U6Hha

clementine on all platforms!! 🍊 pic.twitter.com/eGh9fiL5O2

If you're coming through #okcpopculturecon this weekend to get nostalgic with the Power Rangers, be sure to drop by our table! We'll be slinging local tapes and discounted t-shirts while spreading the word on #oklahomamusic with our boothmates & pals @31Okc #outpost31studios. pic.twitter.com/qrOtbBO0xV

It's a-me! I hope you're ready for a summer of music, starting next week I'm back on track blazing the album trail and cranking out some videos with the Adobe suite I'm paying too much for each month. twitter.com/WeirderOK/stat…

If you're coming through #okcpopculturecon this weekend to get nostalgic with the Power Rangers, be sure to drop by our table! We'll be slinging local tapes and discounted t-shirts while spreading the word on #oklahomamusic with our boothmates & pals @31Okc #outpost31studios. pic.twitter.com/qrOtbBO0xV

Our latest edition of #Snapshots features singer-songwriter @notBannister! Check this Polaroid shoot we did with Allen Peters at @CommonplaceOKC in @MidtownOKC alongside a quick Q&A. Spoilers: Bannister Chaava has some really cool influences. pic.twitter.com/pLdhv5gGOK

Jarvix's #TapeOfTheMonth for May is Peach Square by @wearecarvist! If you love downtempo emo rock compositions, you'll love this tour de force by the OKC band. Pick your cassette up at @DigItokc in the @plazadistrict. pic.twitter.com/xYHYcRjdoe